Mtech is an innovative digital solutions provider specialized in business development and farming software, offering its solutions and services worldwide. Mtech's brand new platform SimplyCow is an easy-to-use mobile herd management and animal recording tool for farmers, and a foundation for an integral herd data ecosystem.

SimplyCow sets the foundation for animal breeding, milk production development, and monitoring animal health and animal product provenience in developing livestock countries. In developed livestock countries, the app is a handy tool for use in the cowshed or pasture to immediately record animal events. The data is then transferred to the dairy farm management system, where more extensive observations and analysis of the herd are made.

The work on visual identity resulted in a new brand mark which is a combination of a cow pattern and bar chart with an uptrend to be associated with prosperity and growth. A unique mark is set to distinguish the SimplyCow app from its main competitors which typically incorporate simple animal icons in their branding. The mark's rounded shapes aim to add friendliness to the new brand and perform as a base for the app's smooth UI. Another important aspect when designing the SimplyCow mark was the ability to animate it for loading animations and video content. The new two-line wordmark appears in a sans serif typeface Poppins by Indian Type Foundry and Jonny Pinhorn with a tightened spacing which gives it a modern and techy look.

The app's UX/UI design went through several stages of development. Firstly, in close collaboration with the Mtech team, we developed an extensive user journey in Miro to dive deep into the app's functions and goals and set a starting point for the design process. After a few iterations of the user journey map, we started to develop high-fidelity wireframes for the Mtech team to test simplified prototypes with their smartphones following our pre-made scenario. The testing led us and the Mtech team to several crucial conclusions about what could be improved and elaborated further in terms of user experience and app functions.

The app's user interface was planned to be friendly-looking yet professional. Background colors were chosen to be light to maximize the contrast and, therefore, legibility of the text and data - the user's main focus. Icons play an important role in the SimplyCow app as they are assigned to general functions the app is designed to execute. Thus, the aim was to develop simple-looking and distinguishable icons so that people with all accessibility levels can easily navigate through the app and carry out needed tasks. As for typography, the Poppins typeface used in the logotype was assigned to display numbers, adding more playfulness to the app’s appearance. At the same time, Roboto by Christian Robertson was singled out as the app's main typeface thanks to its perfect readability and availability of Cyrillic symbols, as the app is localized in several markets with Cyrillic alphabets.

"During the cooperation, Quba has been proactive and has always been ready to hear from us as a customer. SimplyCow's appearance has been praised in many contexts for its lightness, freshness and intuition," - Juha Kyntäjä, Project owner, Mtech Digital Solutions Oy (translated from Finnish). 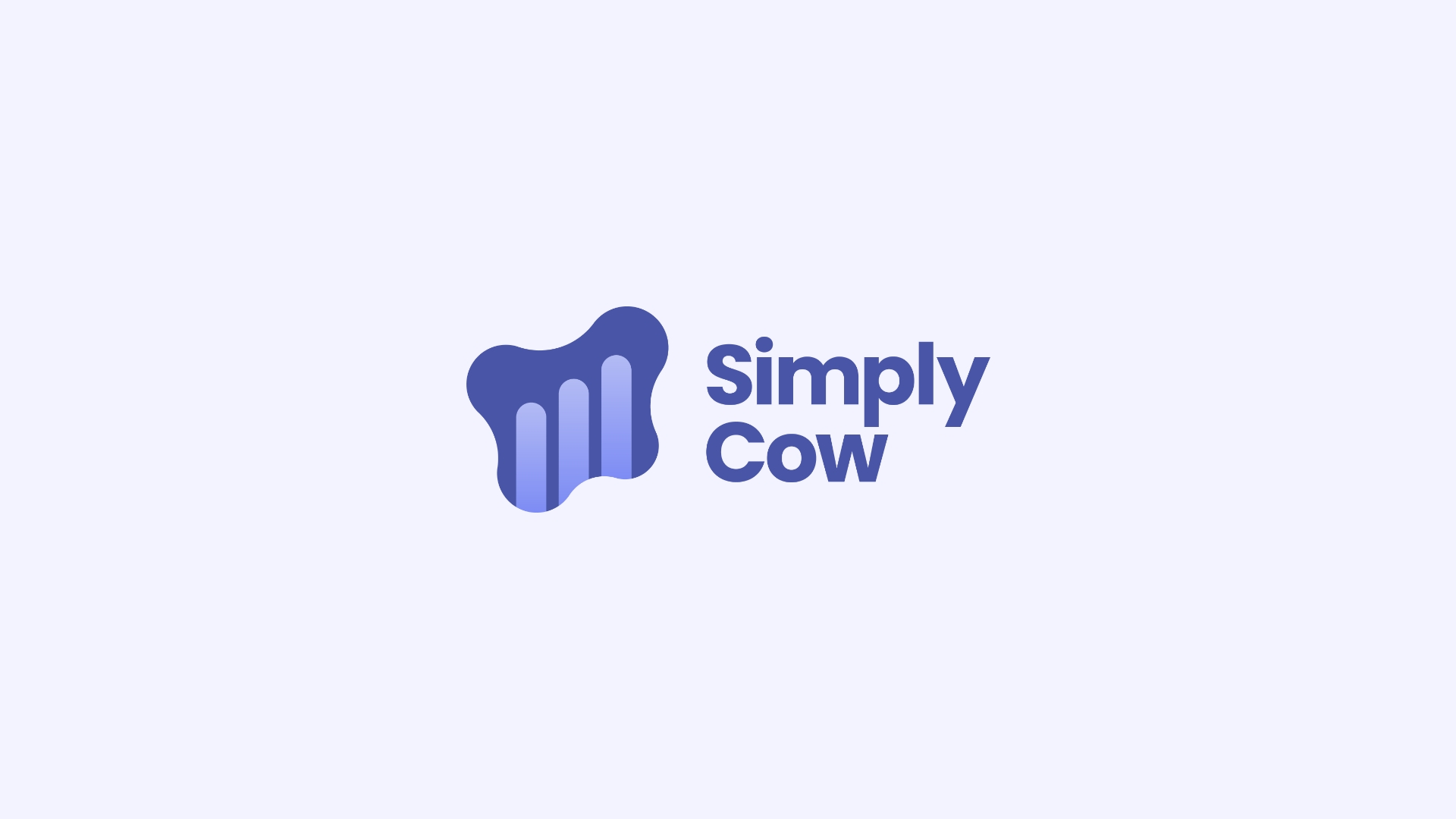 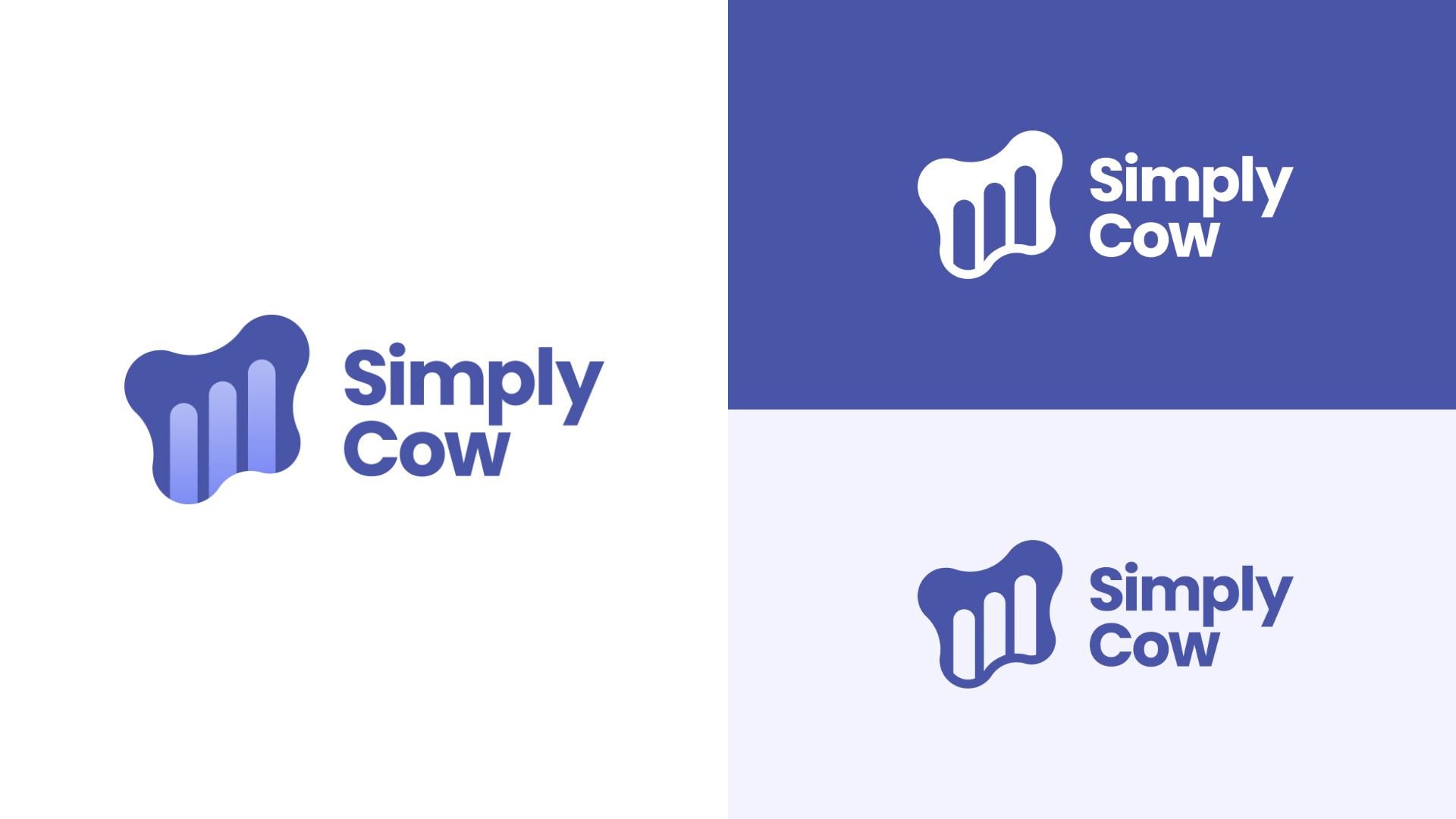 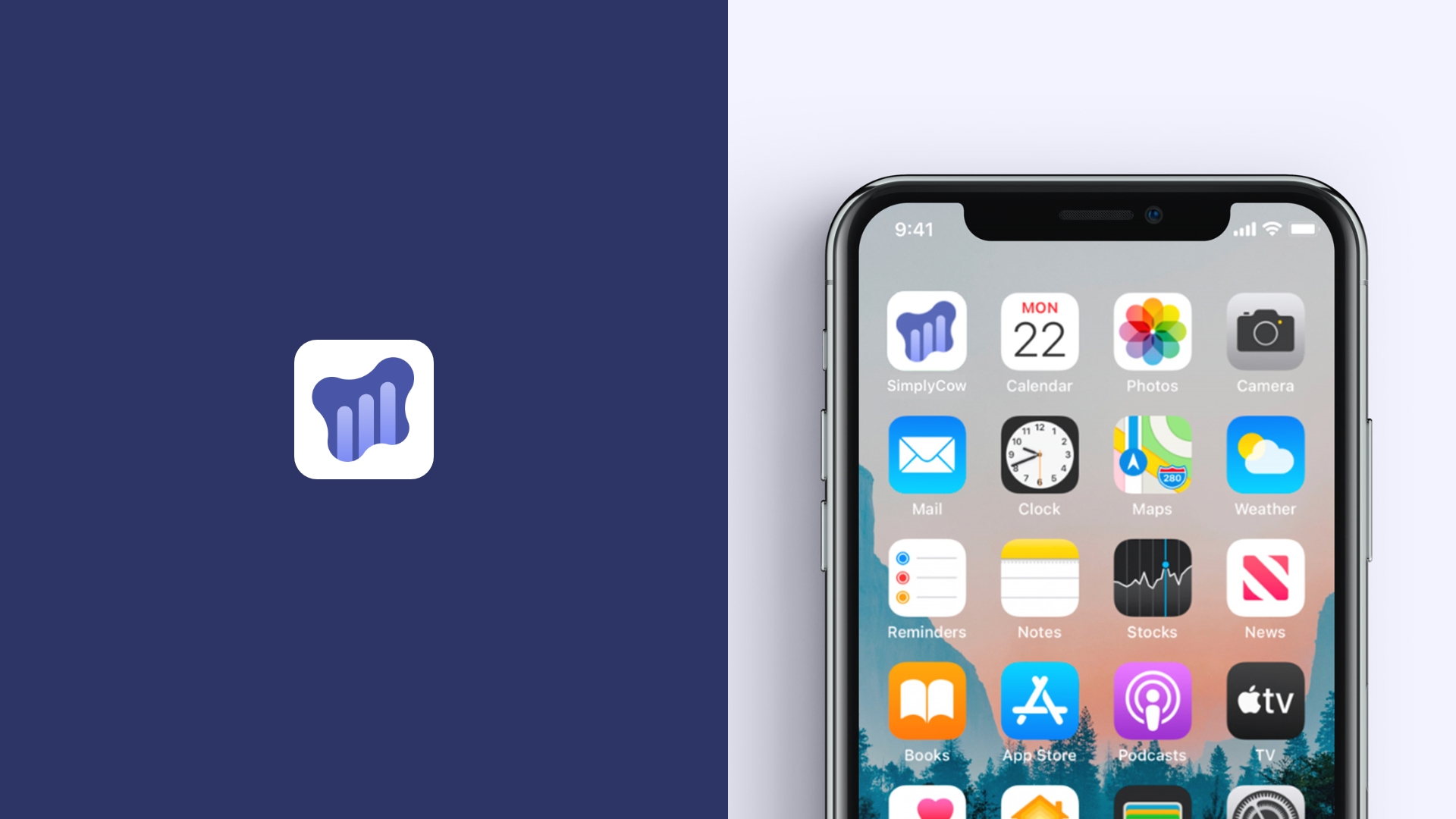 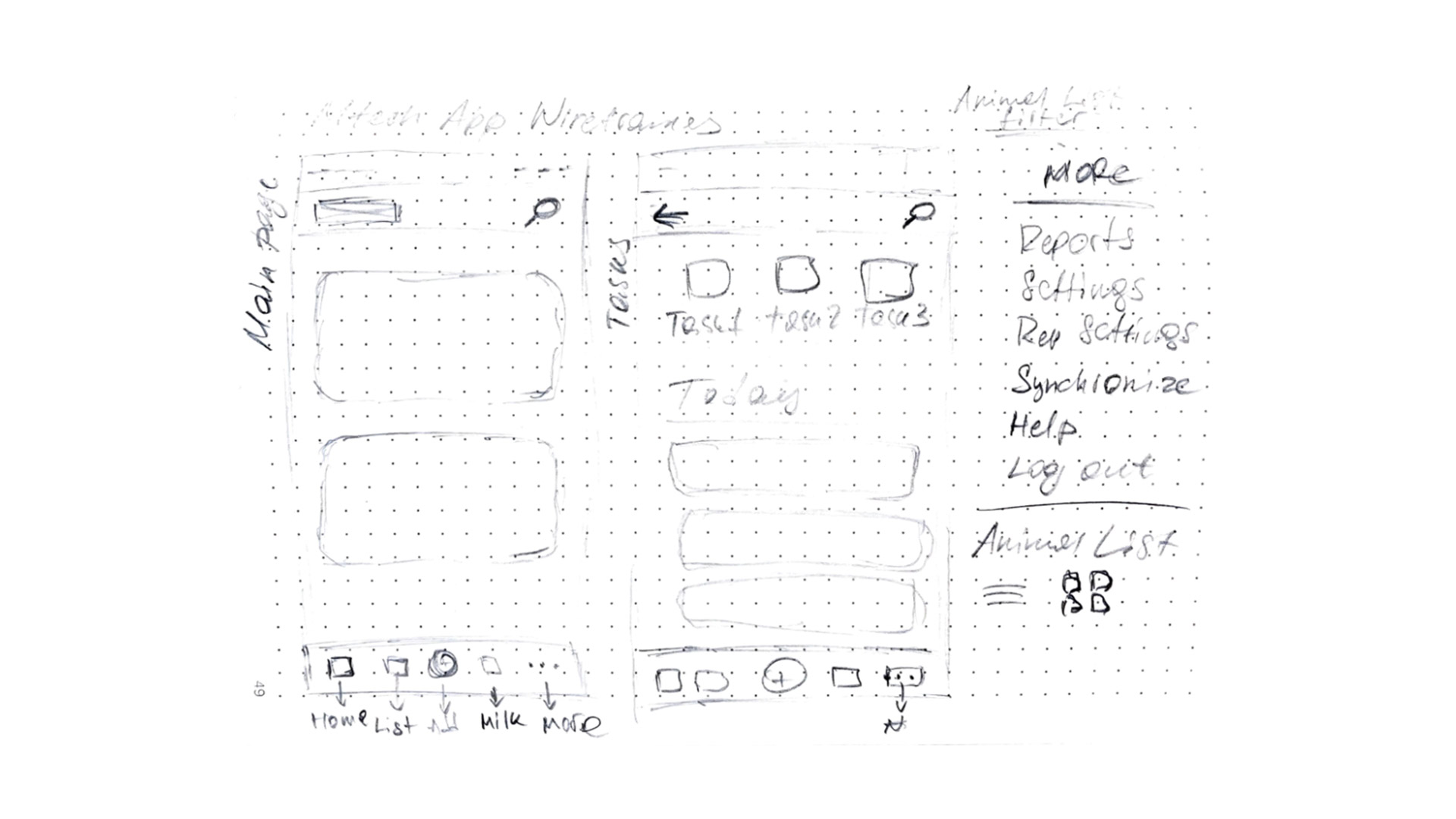 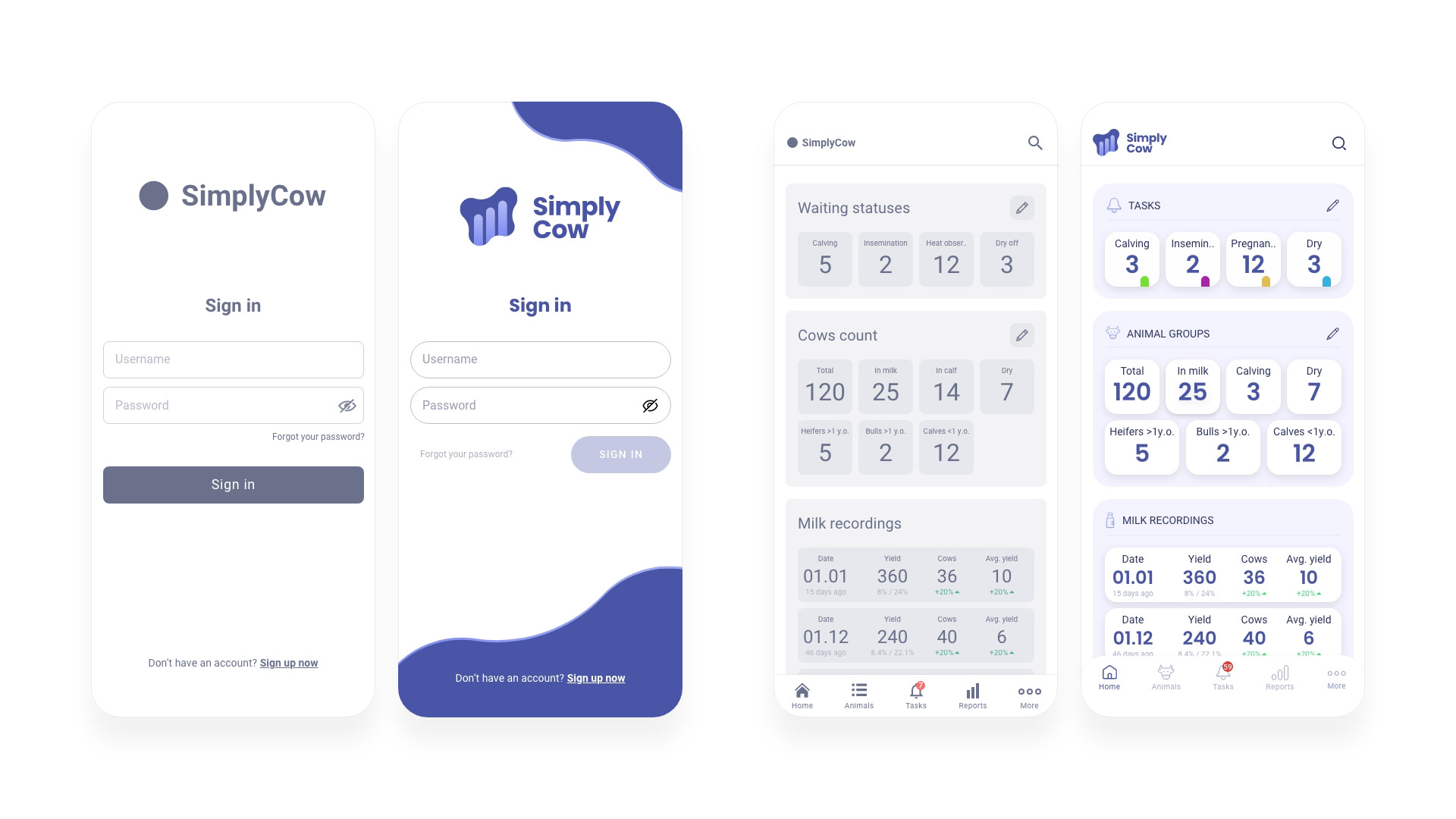 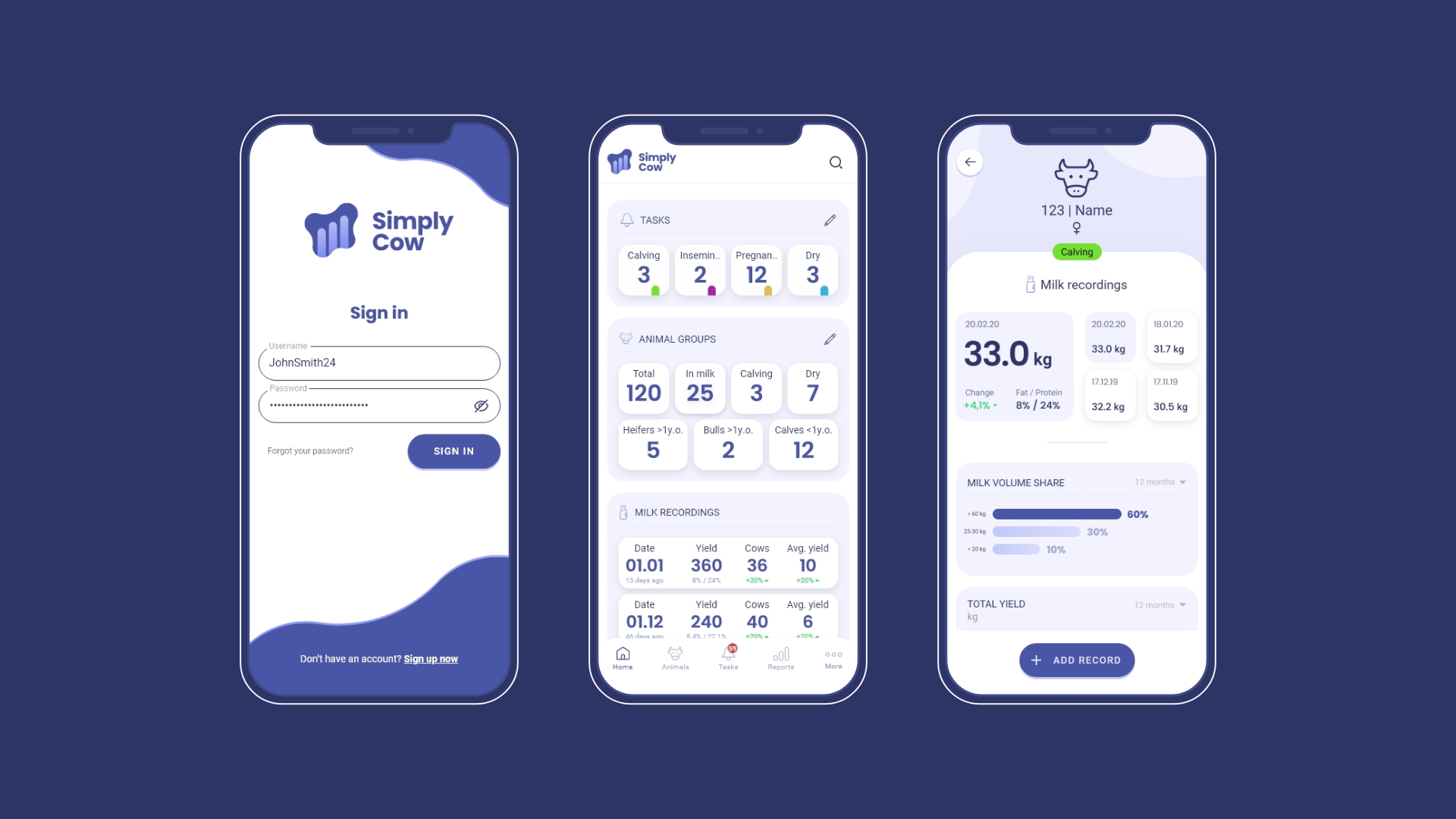 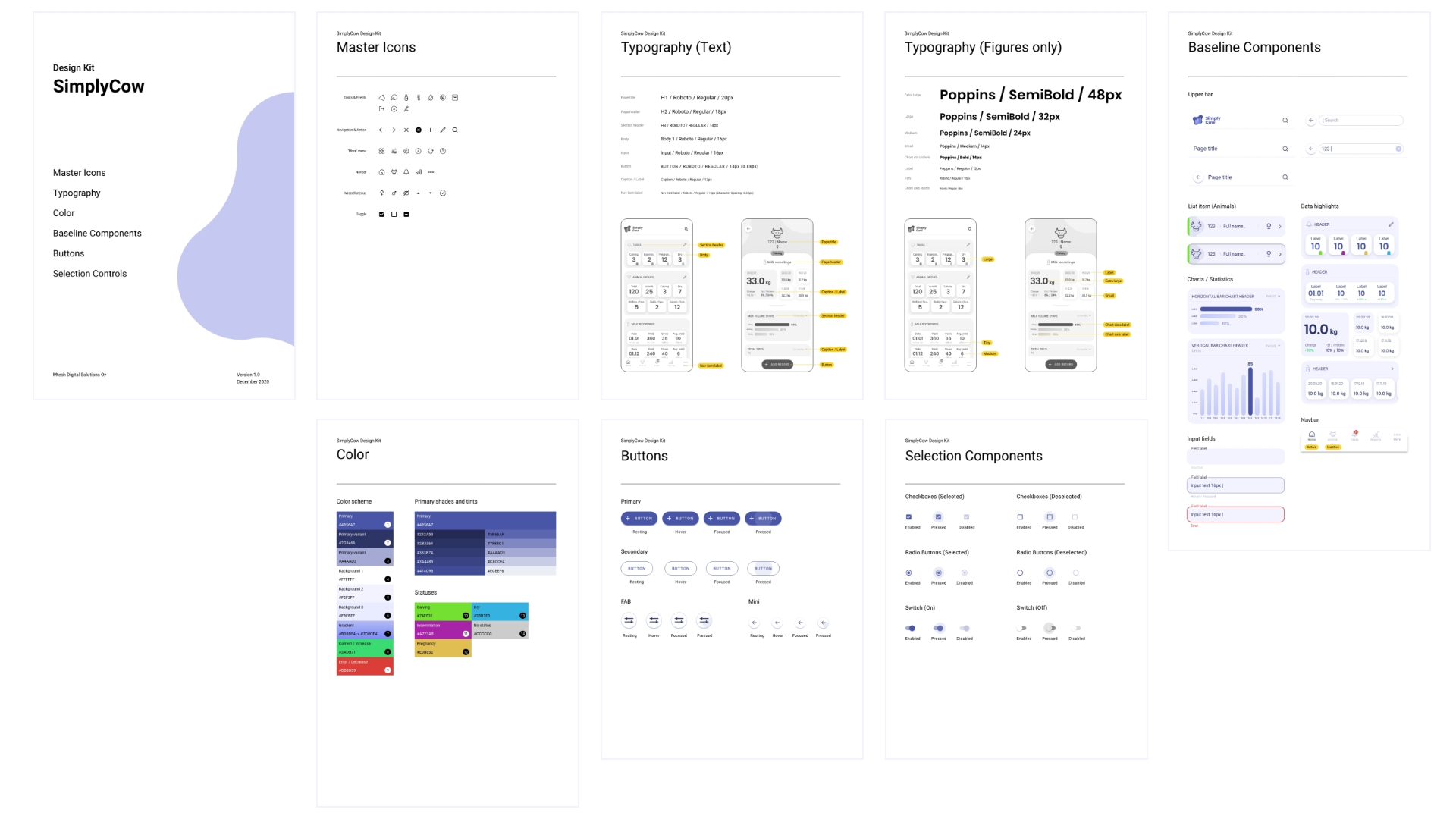 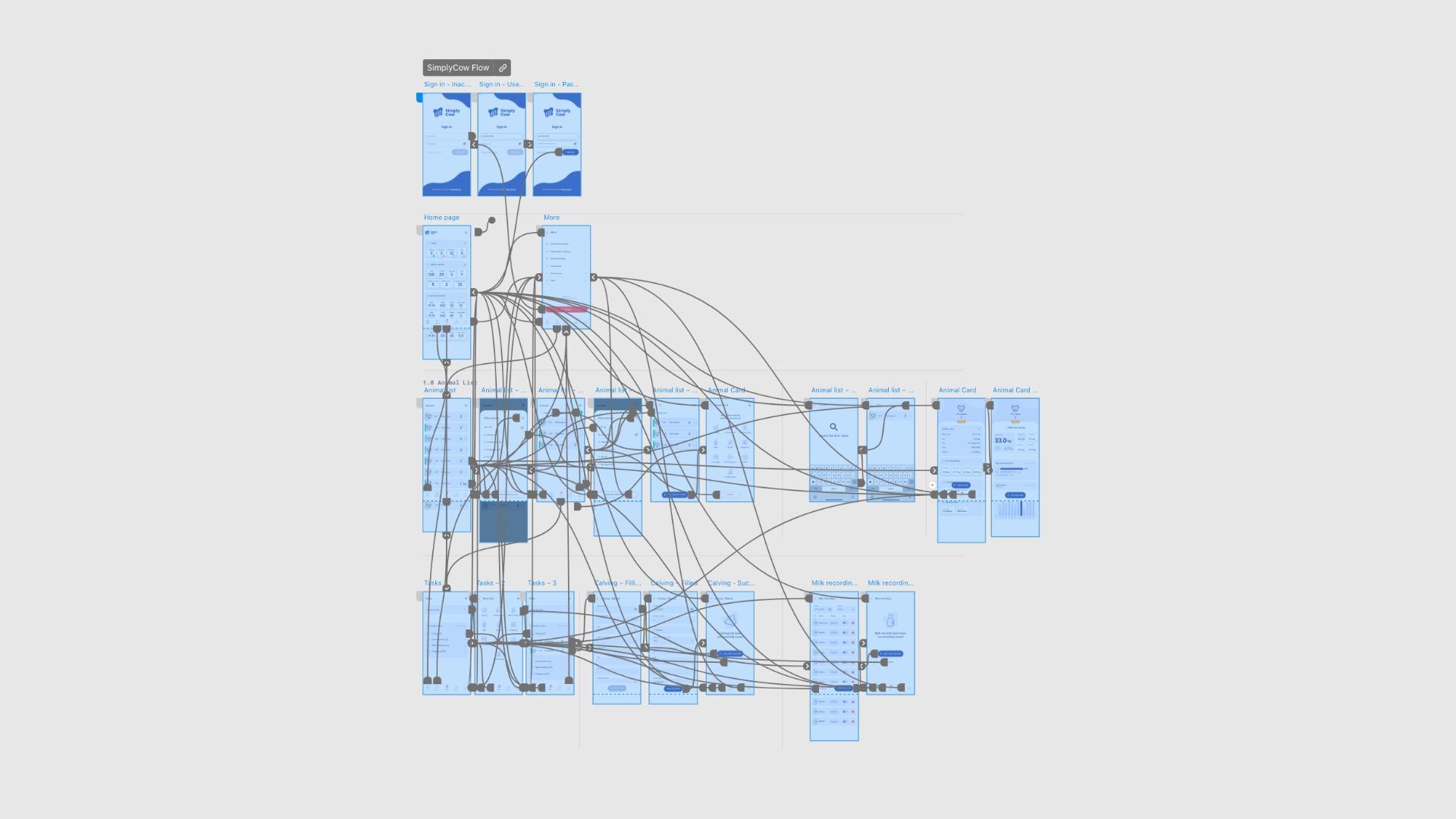 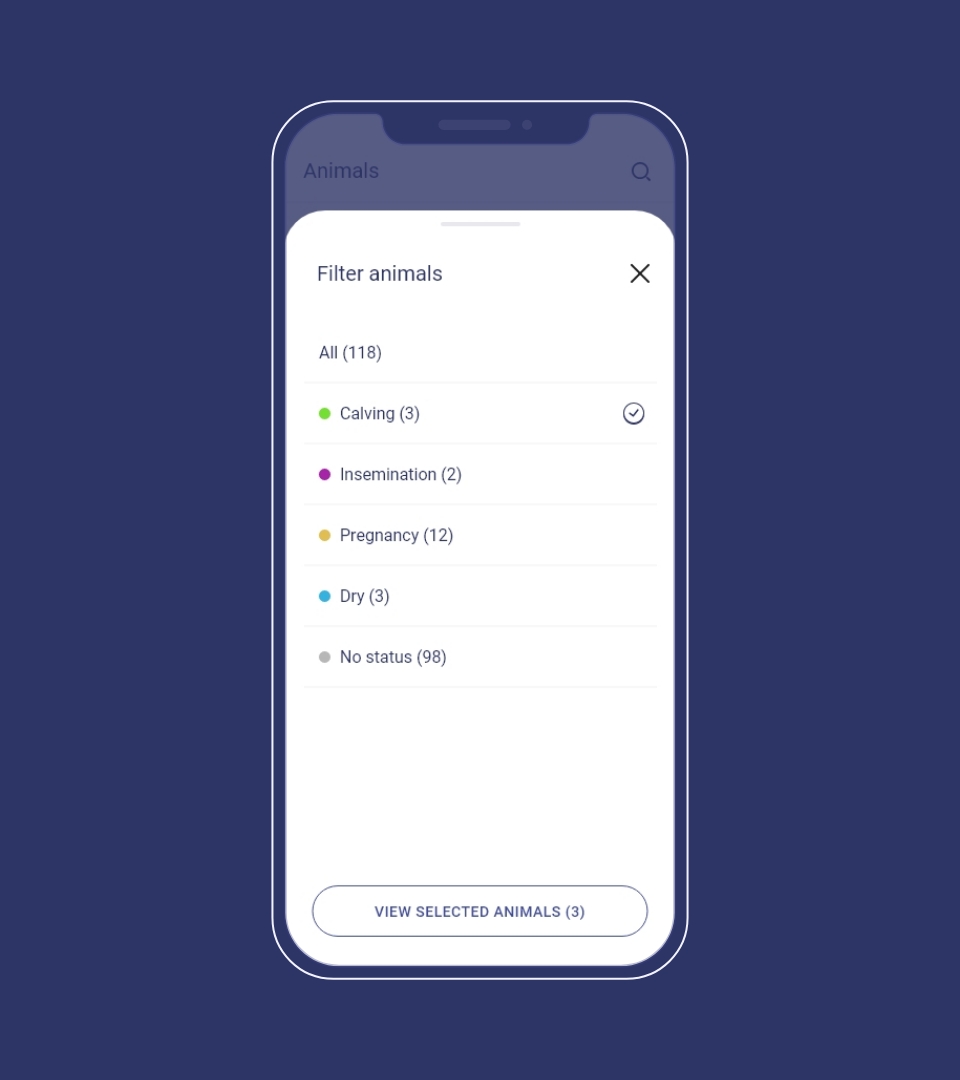 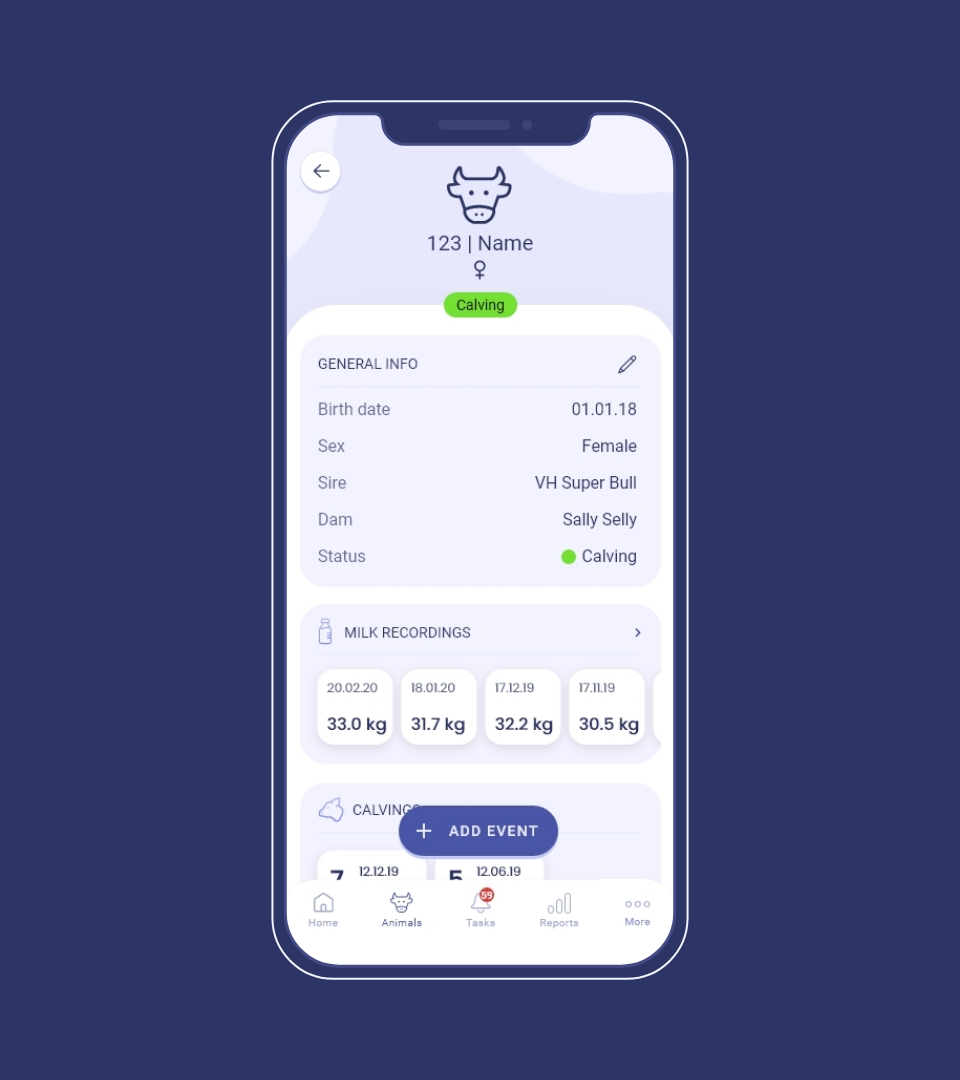 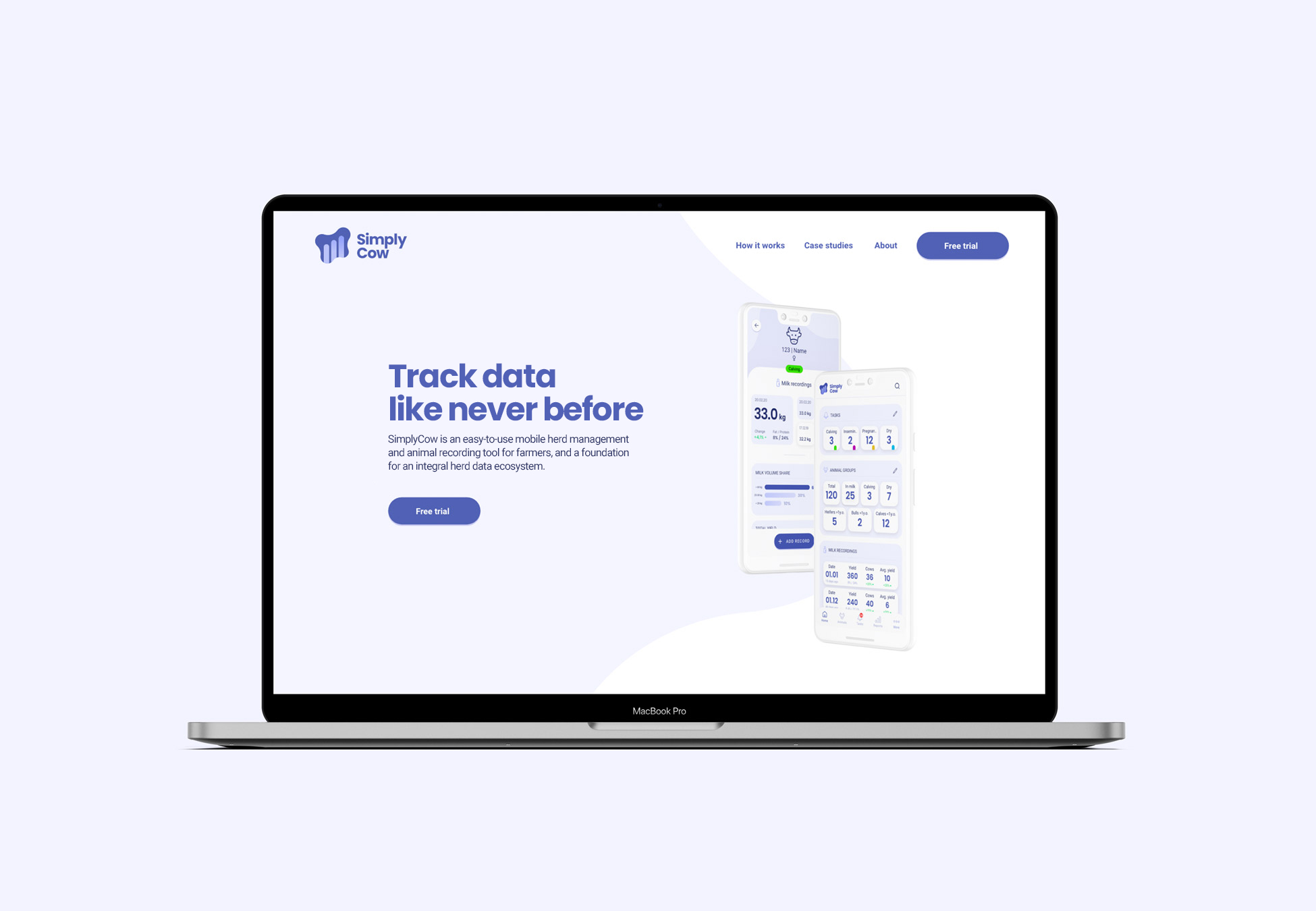 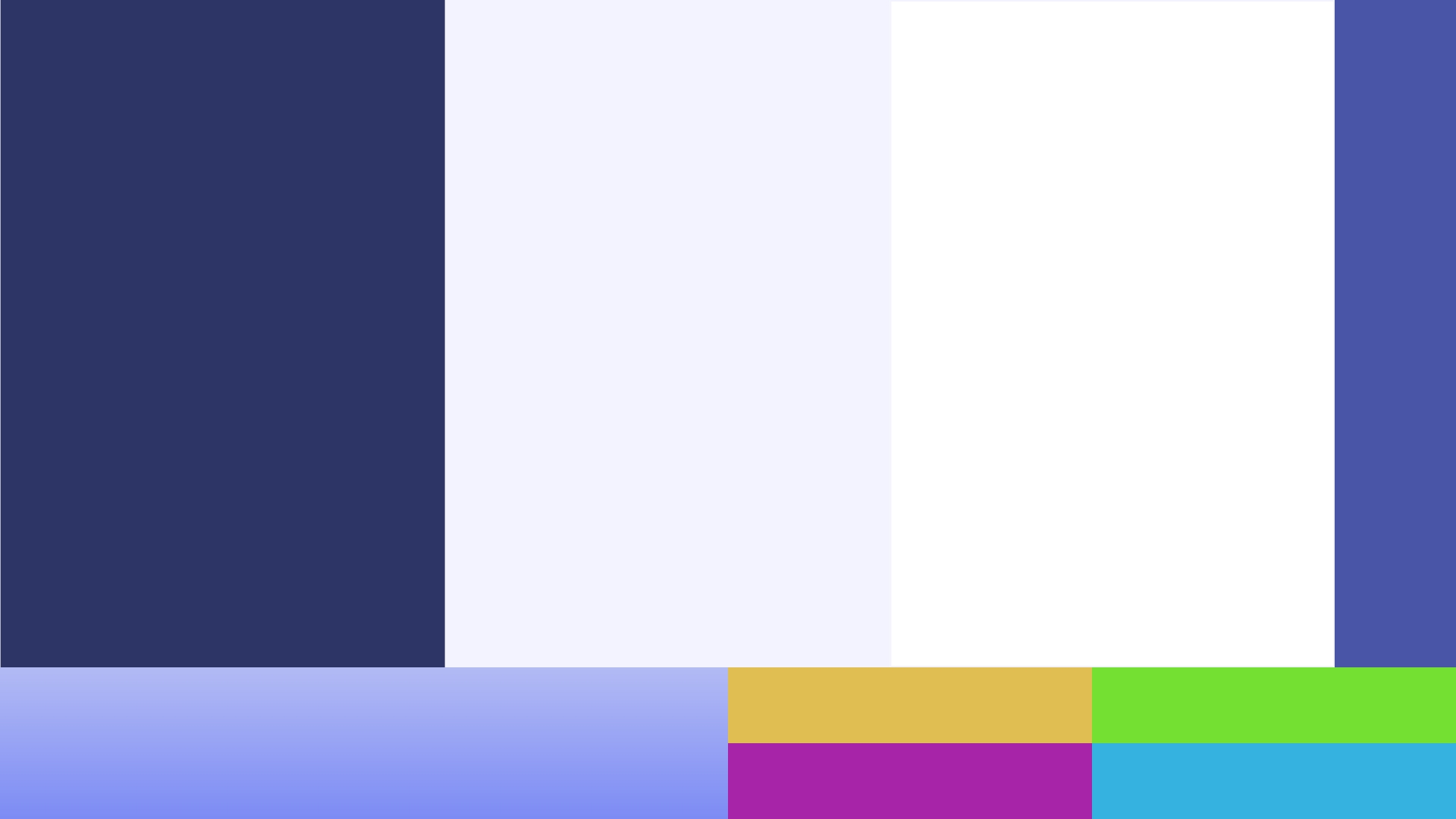 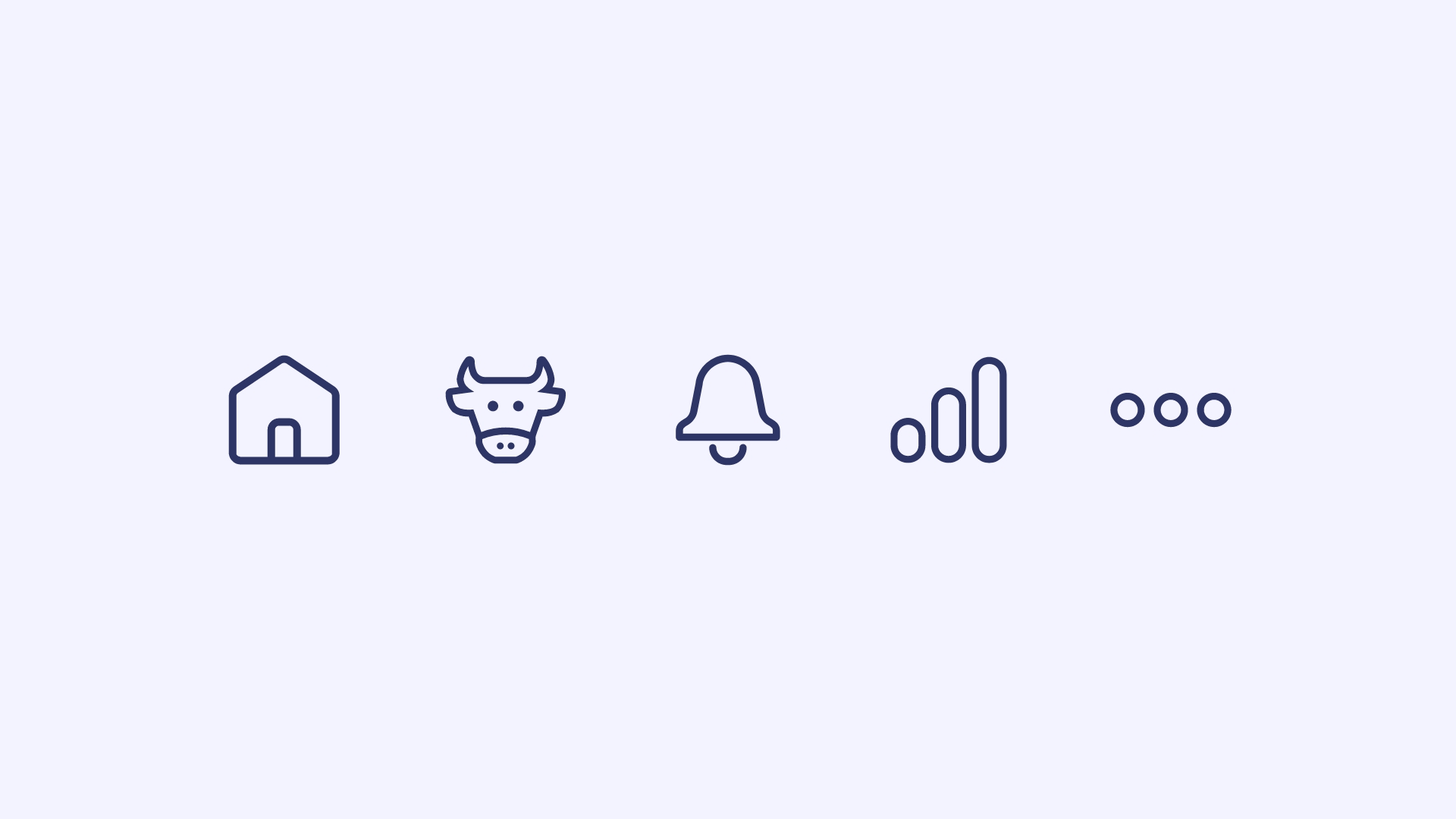 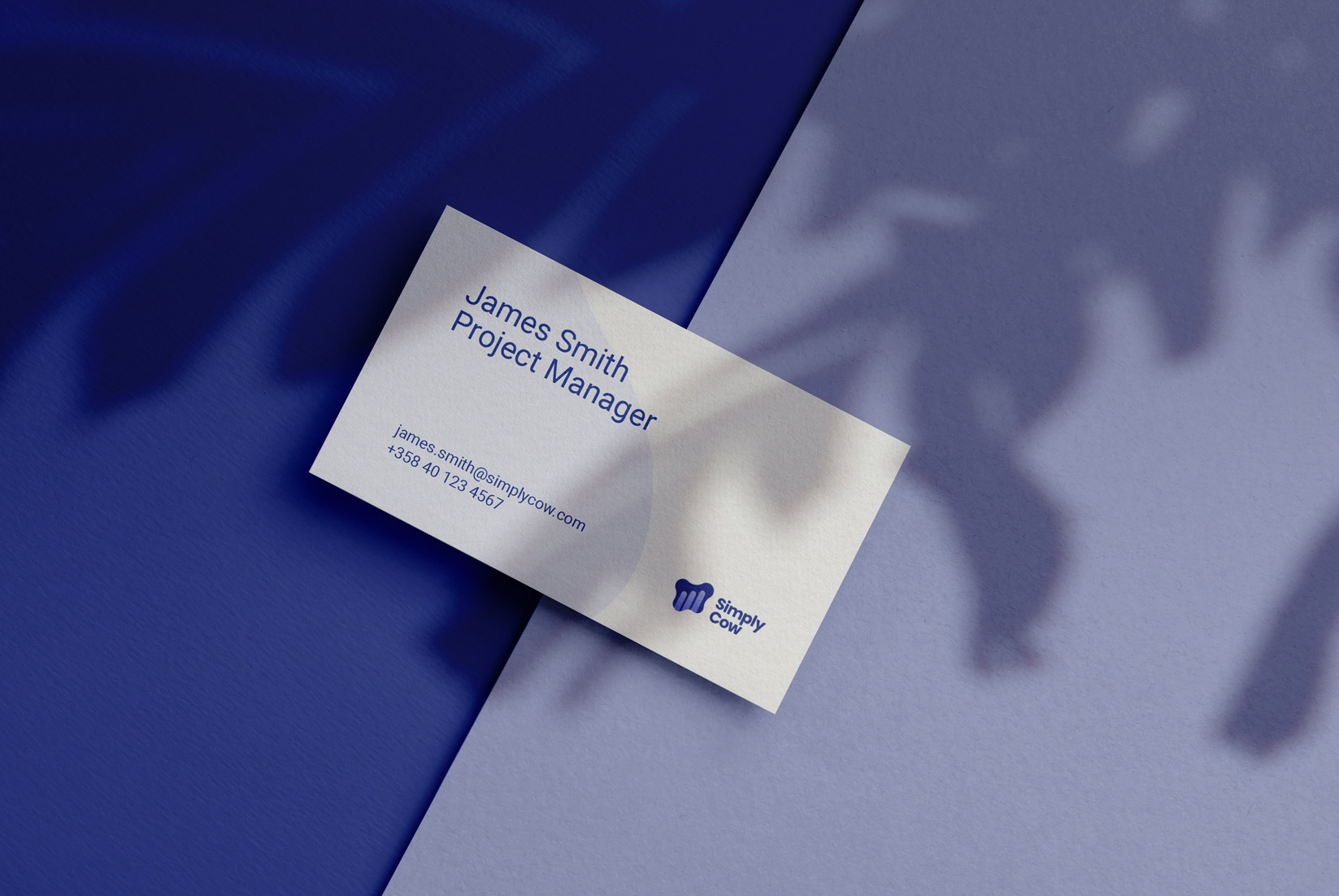